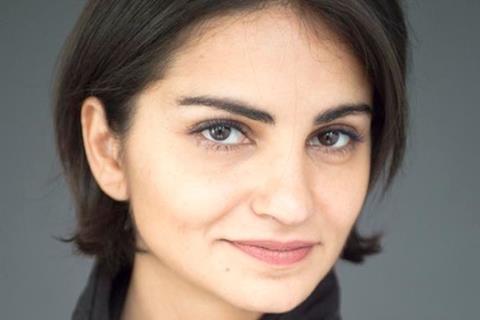 UK production company Caspian Films has partnered with Corniche Media on Ahd Kamel’s debut feature My Driver & I, which will shoot in the Saudi Arabian port city of Jeddah early next year.

Pan-Arab studio MAD Solutions has acquired sales rights for MENA territories, and will also distribute theatrically in those territories.

Written by UK-based Ahd (who prefers to go under that single name) and based on her own experience, My Driver & I is set in Jeddah in the 1980s and 90s. It centres on the unlikely friendship between a privileged Saudi girl and her Sudanese driver, whose shared love of pop music and ice cream helps them cross divides of culture, generation and gender.

Thembisa Cochrane and Georgie Paget are producing for Caspian Films, in partnership with Corniche Media 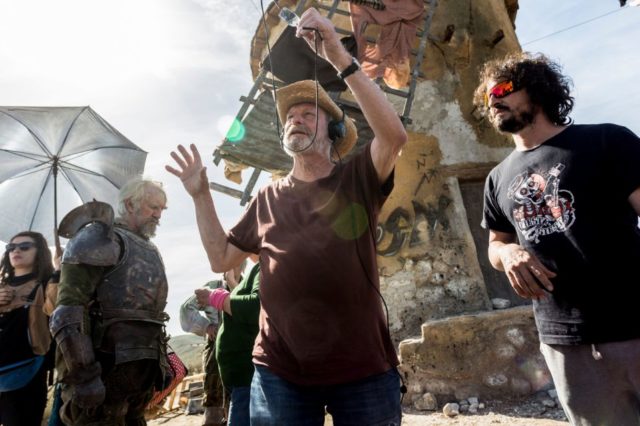 ‘He Dreams of Giants’: Terry Gilliam Asks “Am I Dying Here?” In Trailer For New ‘Don Quixote’ Documentary.

In 2020, acclaimed filmmaker Terry Gilliam finally released The Man Who Killed Don Quixote in the UK after 29 years of trying. Starring Jonathan Pryce and Adam Driver, the film premiered at Cannes Film Festival in 2018 before hitting UK cinemas early last year before the pandemic struck.

And now, in an exclusive new trailer for He Dreams of Giants – a warts and all behind-the-scenes documentary about the film, available digitally from 29 March – we see it was almost the passion project that killed Terry Gilliam. 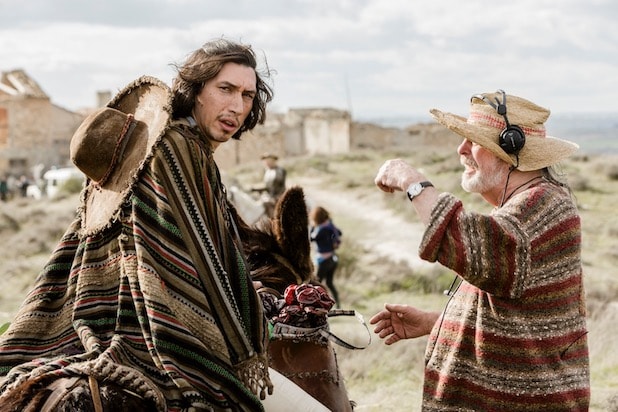 The Oscars Best Documentary Feature race, which set a new record for entries in December when it passed the previous record of 170, has now left all previous years in the dust with 240 eligible films.

An additional 25 documentary features were placed in the members-only online screening room devoted to the category on Saturday, in what the Academy told voters would be “the final batch” of this year’s entries. It was the last of seven groups of documentaries that qualified and were placed into the screening room: 25 in July, 12 in August, 16 in September, 33 in October, 36 in November, a huge group of 93 in December and now 25 in January.

The first round of voting, in which the 240 contenders will be narrowed down to a 15-film shortlist, will take place from 1st-5th February. 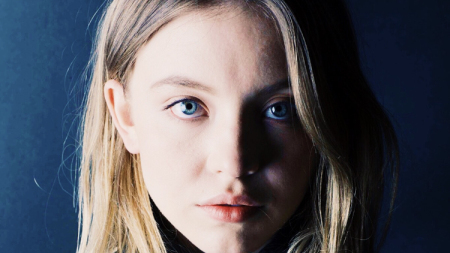 MK2 Films has come on board “Silver Star,” a timely crime drama headlined by “Euphoria” star Sydney Sweeney and directed by Ruben Amar (“Swim Little Fish Swim”). MK2 Films has acquired international sales to the indie road movie, and will introduce the project to buyers at the virtual American Film Market this week.

“Silver Star” tells the story of a Bonnie-and-Clyde-type couple, Buddy, a 20-year-old Civil War re-enactor who’s fresh out of jail and struggling to root himself in today’s world, and Franny (Sydney Sweeney), an impulsive, pregnant 19-year-old with nothing to lose. Buddy is determined to reconnect with his estranged parents by saving their home from foreclosure, whatever it takes. During a botched bank robbery, Buddy takes Franny as his hostage and together they embark on an unexpected road trip across America. 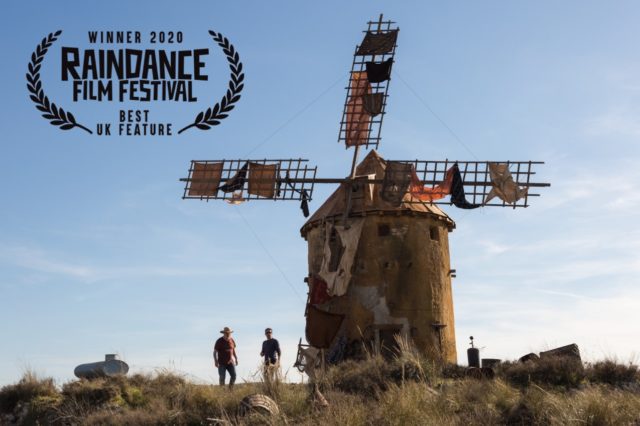 He Dreams Of Giants has been awarded the prize for Best UK Feature at this year’s Raindance Film Festival. The documentary beat out fellow nominees Stardust, the much anticipated David Bowie biopic, and Catherine Linstrum’s Nuclear, to the award. The winners were announced during a virtual awards ceremony, which was live-streamed from the Leicester Square Theatre in London. 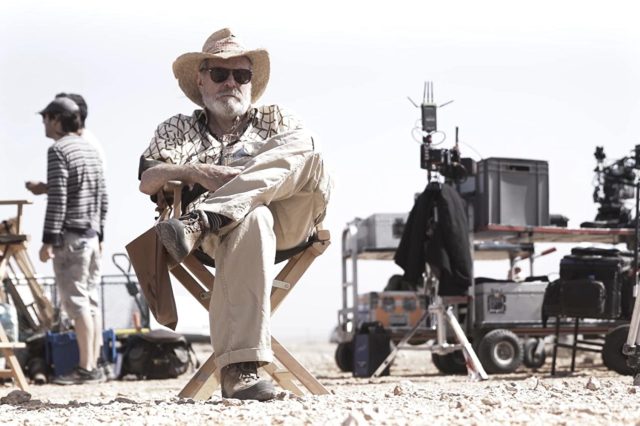 He Dreams Of Giants, the feature documentary about Terry Gilliam’s long-troubled Don Quixote adaptation, has been picked up for UK release by Blue Finch Films.

The doc is a follow up to Keith Fulton and Lou Pepe’s previous chronicle of Gilliam’s doomed efforts to get his film made, 2002’s Lost In La Mancha. The deal was made by Mike Chapman on behalf of Blue Finch and Ed Parodi on behalf of Film Constellation.

Mike Chapman commented, “We were huge fans of the documentary upon first seeing it and are thrilled to be working on the release in the UK and Ireland. It’s a compelling look at the trials and tribulations of the artistic process, where fact is perhaps wilder than fiction.”

Film Constellation Scores European Sales on He Dreams Of Giants

Film Constellation has struck a series of deals on He Dreams Of Giants, which explores Terry Gilliam’s 30-year journey to bring the story of Don Quixote to the screen. The documentary has been picked up for German-speaking territories by Koch Media and Poland by Mayfly. Film Constellation has also boarded a remastered version of Lost In La Mancha and has sold it alongside He Dreams Of Giants to NonStop Entertainment, which will handle distribution in Scandinavia and the Baltics. 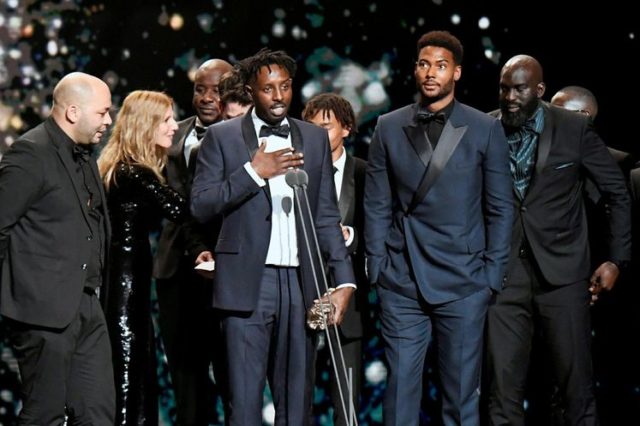 Les Misérables, Ladj Ly’s blistering look at life in the Parisian banlieues, on Friday won the 2020 Cesar Award for best film, beating out all comers, including Roman Polanski’s An Officer and a Spy. 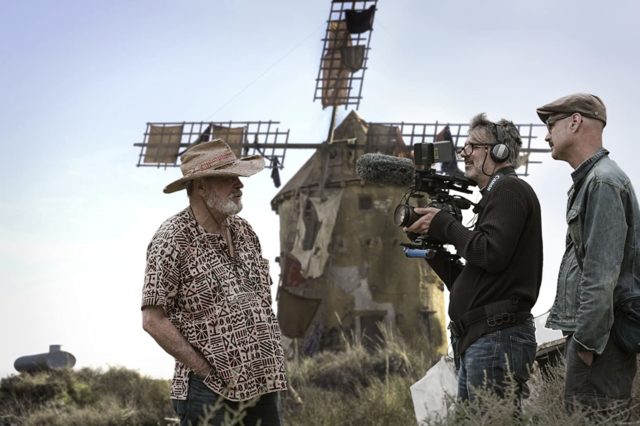 Film Constellation Has Boarded World Sales on He Dreams Of Giants